As official government data is emerging in Europe and the USA on the alarming numbers of deaths and permanent paralysis as well as other severe side effects from the experimental mRNA vaccines, it is becoming clear that we are being asked to be human guinea pigs in an experiment that could alter the human gene structure and far worse. While mainstream media ignores alarming data including the death of countless healthy young victims, the politics of the corona vaccine is being advanced by Washington and Brussels along with WHO and the Vaccine Cartel with all the compassion of a mafia “offer you can’t refuse.”

On May 8 the European Medicines Agency (EMA) an agency of the European Union (EU) in charge of the evaluation and supervision of medical products, using the database EudraVigilance which collects reports of suspected side effects of medicines including vaccines, published a report that barely warranted mention in major mainstream media.

A detailed analysis of each vaccine gives the following:

The Pfizer-BioNTech mRNA gene-edited vaccine resulted in the largest fatalities– 5,368 deaths and 170,528 injuries or nearly 50% of the total for all four.

The Moderna mRNA vaccine was second with 2,865 deaths and 22,985 injuries. That is to say, the only two gene manipulated mRNA experimental vaccines, Pfizer-BioNTech and Moderna, accounted for 8,233 deaths of the total registered deaths of 10,570. That’s 78% of all deaths from the four vaccines currently in use in the EU.

For the Moderna mRNA vaccine, the most serious injuries or causes of death included blood and lymphatic system disorders; cardiac disorders; musculoskeletal and connective tissue disorders; disorders of the central nervous system. Note that these are only the most serious injuries related to those two genetically manipulated mRNA vaccines. The EMA also notes that it is believed that only a small percent of actual vaccine deaths or serious side effects, perhaps only 1% to 10%, are reported for various reasons. Officially more than 10,000 persons have died after receiving the coronavirus vaccines since January 2021 in the EU. That is a horrifying number of vaccine-related deaths, even if the true numbers are far greater.

Even the US Centers for Disease Control (CDC) a notoriously political and corrupt agency with for-profit ties to vaccine makers, in its official Vaccine Adverse Event Reporting System (VAERS), shows a total of 193,000 “adverse events” including 4,057 deaths, 2,475 permanent disabilities, 25,603 emergency room visits, and 11,572 hospitalizations following COVID-19 injections between December 14, 2020, and May 14, 2021. That included the two mRNA vaccines, Pfizer and Moderna, and the far less prevalent J&J Janssen vaccine. Of the reported deaths, 38% occurred in people who became ill within 48 hours of being vaccinated. The official US vaccine-related death toll is greater in just 5 months than all the vaccine-related deaths from the past 20 years combined. Yet the major media worldwide and the US Government virtually bury the alarming facts.

Some 96% of the fatal results were from the Pfizer and Moderna vaccines, the two variants funded and promoted by the Gates Foundation and Tony Fauci’s NIAID with the experimental mRNA genetic technology.

Moreover, Dr. Tony Fauci, the US Biden Administration vaccine czar, and his NIAID Vaccine Research Center co-designed the Moderna mRNA vaccine and gave Moderna and Pfizer each $6 billion to produce it. That’s also a blatant conflict of interest as Fauci and his NIAID are allowed to financially benefit from their patent earnings in the vaccine under a curious US law. The NIAID developed the coronavirus spike proteins for the development of SARS-CoV-2 mRNA vaccines using taxpayer money. They licensed it to Moderna and Pfizer.

In a tragic sense, the experience with reactions to the two unprecedented mRNA experimental vaccines since rollout in unprecedented speed “warp speed” as the US Government called it, is only now beginning to be seen, in real trials of human guinea pigs. Few realize that the two mRNA vaccines use genetic manipulations that never before have been used in humans. And under the cover of urgency, US and EU health authorities waived normal animal trials and did not even approve the safety, but gave an “emergency use authorization.” Moreover, the vaccine makers were made 100% exempt from damage litigation.

The general public was reassured of the vaccine safety when Pfizer and Moderna published reports of 94% and 95% “efficacy” of these vaccines. NIAID’s Fauci was quick to call it “extraordinary” in November 2020, and Warp Speed was off and running as was the stock price of Pfizer and Moderna.

Peter Doshi, Associate Editor of the British Medical Journal pointed to a huge flaw in the 90+% reports for the efficacy of Moderna and Pfizer vaccines. He noted that the percentages are relative, in relation to the select small healthy young test group, and not absolute as in real life. In real life, we want to know how effective the vaccine is among the large general population.

Doshi points to the fact that Pfizer excluded over 3400 “suspected COVID-19 cases” that were not included in the interim analysis. Moreover, individuals “in both Moderna and Pfizer trials were deemed to be SARS-CoV-1- (the 2003 Asian SARS virus) positive at baseline, despite the prior infection being grounded for exclusion,” Doshi notes. Both companies refused to release their raw data.

Pfizer in-house scientists did their tests. In short 95% is what Pfizer or Moderna claim. We are told, “Trust us.” A more realistic estimate of the true efficacy of the two vaccines for the general public, using data supplied by the vaccine makers to the FDA, shows the Moderna vaccine at the time of interim analysis demonstrated an absolute risk reduction of 1.1%, while the Pfizer vaccine absolute risk reduction was 0.7%. That is very poor.

Peter Hotez, dean of the National School of Tropical Medicine at Baylor College of Medicine in Houston, says, “Ideally, you want an antiviral vaccine to do two things . . . first, reduce the likelihood you will get severely ill and go to the hospital, and two, prevent infection and therefore interrupt disease transmission.” As Doshi notes, none of the trials were “designed to detect a reduction in any serious outcome such as hospital admissions, use of intensive care, or deaths. Nor are the vaccines being studied to determine whether they can interrupt transmission of the virus.” Moderna’s chief medical officer even admitted that, “Our trial will not demonstrate prevention of transmission.”

In a major new study just published in the International Journal of Vaccine Theory, Practice and Research, Dr. Stephanie Seneff, senior scientist at the MIT Computer Science and Artificial Intelligence Laboratory, and Dr. Greg Nigh, Naturopathic oncology specialist, analyze in detail the possible pathways in which the experimental mRNA vaccines of Pfizer and Moderna could be causing such adverse effects in the vaccinated. First they point out that both the Pfizer and Moderna gene-edited vaccines are highly unstable: “Both are delivered through muscle injection, and both require deep-freeze storage to keep the RNA from breaking down. This is because, unlike double-stranded DNA which is very stable, single-strand RNA products are apt to be damaged or rendered powerless at warm temperatures and must be kept extremely cold to retain their potential efficacy.” Pfizer recommends minus 70′ Celsius.

The authors point out that to keep the mRNA from breaking down before it could produce protein, both vaccine makers substitute methyl-pseudouridine to stabilize RNA against degradation, allowing it to survive long enough to produce adequate amounts of protein antigen. The problem they point out is that, “This form of mRNA delivered in the vaccine is never seen in nature, and therefore has the potential for unknown consequences… manipulation of the code of life could lead to completely unanticipated negative effects, potentially long term or even permanent.”

For various reasons to avoid using aluminum adjuvants to boost the antibody response, both mRNA vaccines use polyethylene glycol, or PEG, as an adjuvant. This has consequences. The authors point out, “…both mRNA vaccines currently deployed against COVID-19 utilize lipid-based nanoparticles as delivery vehicles. The mRNA cargo is placed inside a shell composed of synthetic lipids and cholesterol, along with PEG to stabilize the mRNA molecule against degradation.”

PEG has been shown to produce anaphylactic shock or severe allergenic reactions. In studies of prior non-mRNA vaccines, anaphylactic shock reactions occurred in 2 cases per million vaccinations. With the mRNA vaccines, initial monitoring revealed that “anaphylaxis occurred at a rate of 247 per million vaccinations. This is more than 21 times as many as were initially reported by the CDC. The second injection exposure is likely to cause even larger numbers of anaphylactic reactions.” One study noted, “PEG is a high-risk ‘hidden’ allergen, usually unsuspected, and can cause frequent allergic reactions due to inadvertent re-exposure.” Among such reactions are included life-threatening cardiovascular collapse.

This is far from all the undeclared risks of the experimental mRNA coronavirus vaccines.

Antibody-Dependent Enhancement (ADE) is an immunological phenomenon. Seneff and Nigh note that “ADE is a special case of what can happen when low, non-neutralizing levels of… antibodies against a virus are present at the time of infection. These antibodies might be present due to… prior vaccination against the virus…” The authors suggest that in the case of both Pfizer and Moderna mRNA vaccines, “non-neutralizing antibodies form immune complexes with viral antigens to provoke excessive secretion of pro-inflammatory cytokines, and, in the extreme case, a cytokine storm causing widespread local tissue damage.”

To be clear, normally cytokines are part of the body’s immune response to infection. But their sudden release in large quantities, a cytokine storm, can cause multi-system organ failure and death. Our innate immune system undergoes an uncontrolled and excessive release of pro-inflammatory signaling molecules called cytokines.

The authors add that pre-existing “antibodies, induced by prior vaccination, contribute to severe pulmonary damage by SARS-CoV in macaques…” Another cited study shows that the much more diverse range of prior exposures to coronaviruses such as seasonal flu experienced by the elderly might predispose them to ADE upon exposure to SARS-CoV-2.” This is a possible explanation for the high incidence of post-mRNA vaccination deaths among elderly.

The vaccine makers have a clever way of denial as to the toxicity of their mRNA vaccines. As Seneff and Nigh state, “it is not possible to distinguish an ADE manifestation of disease from a true, non-ADE viral infection.” But they make the telling point, “In this light, it is important to recognize that, when diseases and deaths occur shortly after vaccination with an mRNA vaccine, it can never be definitively determined, even with a full investigation, that the vaccine reaction was not a proximal cause. “

The authors make numerous other alarming points including the emergence of auto-immune diseases such as Celiac disease, a disease of the digestive system that damages the small intestine and interferes with the absorption of nutrients from food. Also, Guillain-Barré syndrome (GBS) that causes progressive muscle weakness and paralysis. Additionally, Immune thrombocytopenia (ITP) in which a person has unusually low levels of platelets — the cells that help the blood to clot– could occur following vaccination “through the migration of immune cells carrying a cargo of mRNA nanoparticles via the lymph system into the spleen… ITP appears initially as petechiae or purpura on the skin, and/or bleeding from mucosal surfaces. It has a high risk of fatality through haemorrhaging and stroke.”

These examples are indicative of the fact that we are literally exposing the human race via untested experimental gene-edited mRNA vaccines to incalculable dangers which in the end may exceed by far any potential risk of damage from something which has been called SARS-Cov-2. Far from the much-touted miracle substance proclaimed by WHO, Gates, Fauci, and others, the Pfizer, Moderna, and other possible mRNA vaccines clearly hold potentially tragic and even catastrophic unforeseen consequences. Little wonder some critics believe it is a disguised vehicle for human eugenics. 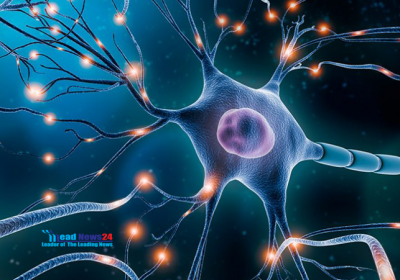 The Incidence of Cancer, Triggered by the Covid 19 “Vaccine”

Digital Tyranny and the Rockefeller-Gates WHO “Vaxx-Certificate Passport”: Towards a World War III Scenario

Kidnapping, assassination and a London shoot-out: Inside the CIA's secret war plans against WikiLeaks

China Has Launched the World's First 6G Satellite. We Don't Even Know What 6G Is Yet.